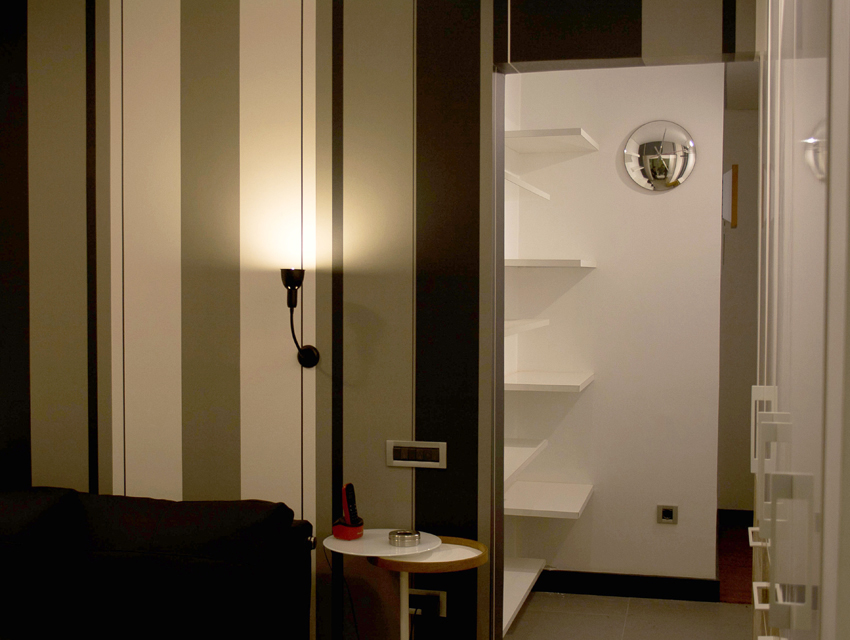 This project entailed the rennovation of an old services apartment on the lower level of a block of flats. One of the characteristics of the space was its opening onto a backyard, which was adjacent to a retaining wall. In addition, the space was originally divided into three rooms. It was rather dark, as the flat only had access to light via two small windows that faced a 5m tall wall. The ensuing aim became the limiting of the problematic aspects of the space and the utilization of its potential strengths. Thus, in order to transform that rather gloomy space into a pleasant and cosy apartment, the following design elements were applied:

Furthermore, a 3-panel sliding glass door offers access to the terrace and, simultaneously, to the bathroom. The terrace and the bathroom floors are tiled with the same wooden deck. As a result, when one visits the bathroom, it is almost as if they are on the terrace. This impression is enhanced by the existence of a Jacuzzi, which is separated from the planted terrace by a single window. A unified result was achieved through the use of the same materials for both the storage units and the kitchen ones. And, as for the other surfaces, a variety of textures and colours were employed to enhance the ambiance of the flat, and to create the impression of a larger space via the formation of diverse focal points. 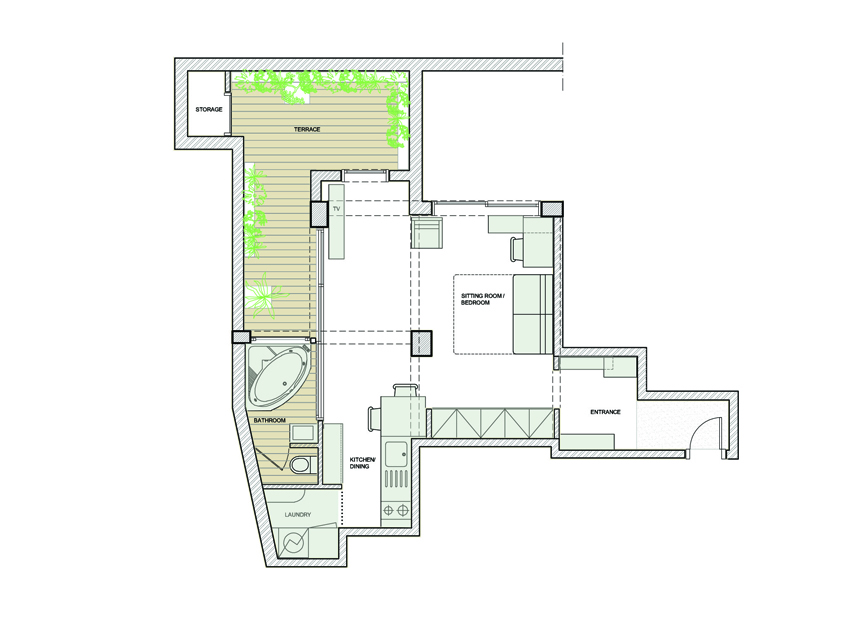 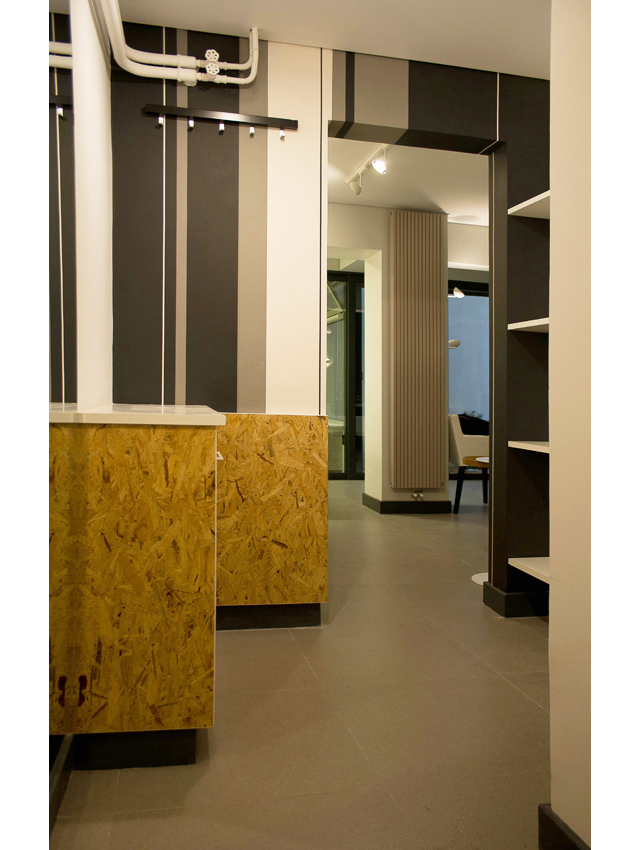 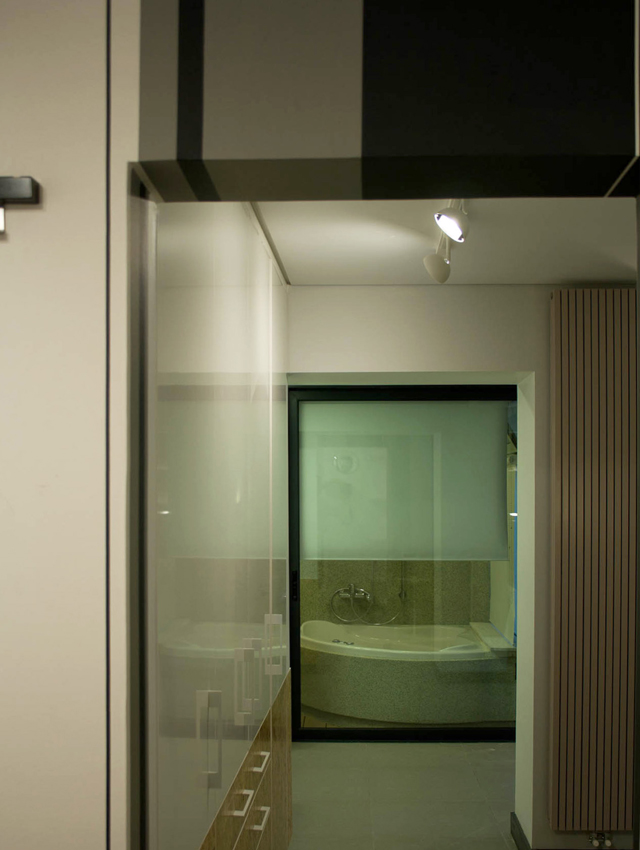 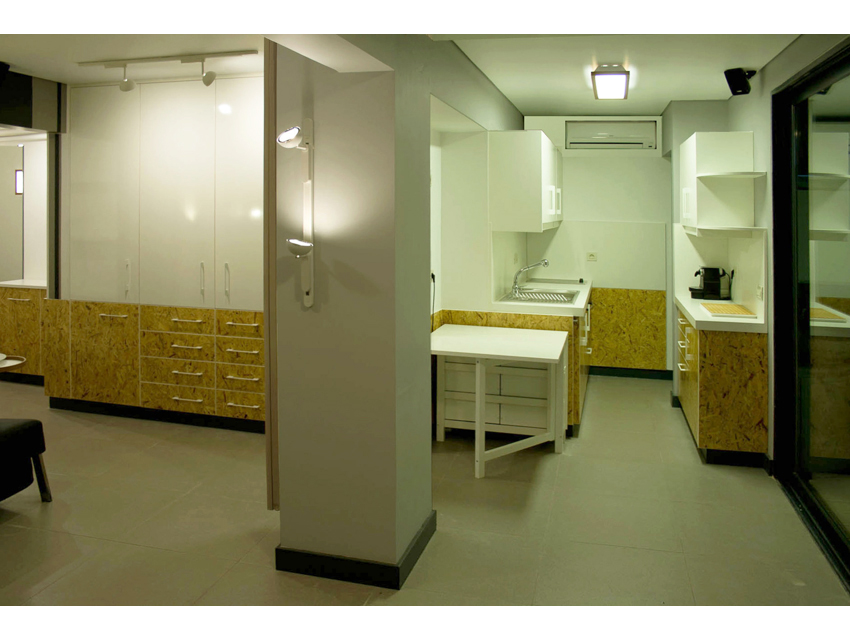 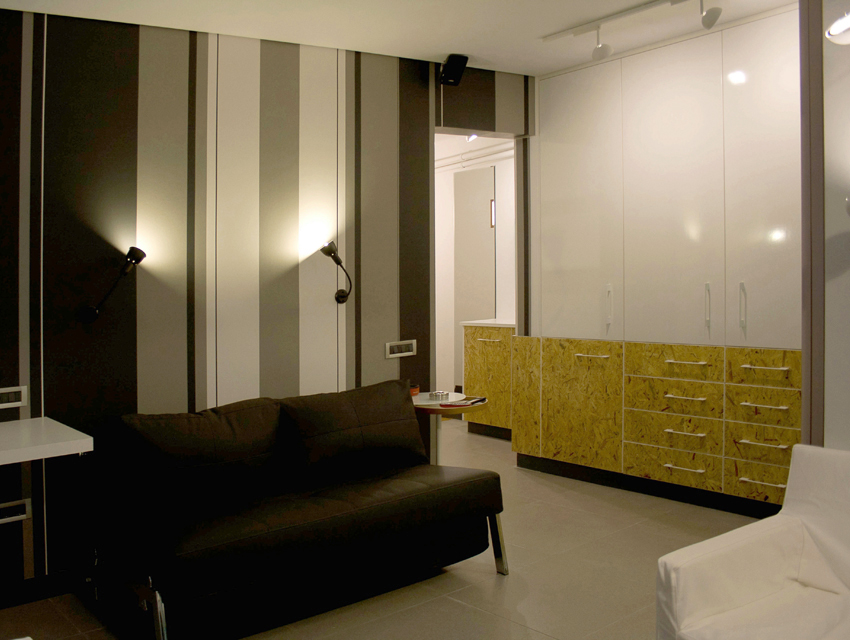 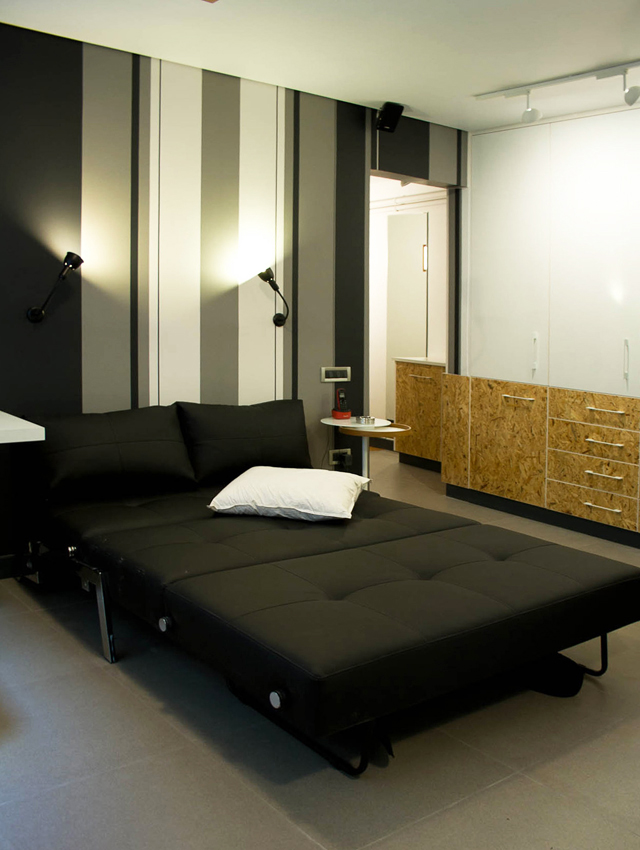 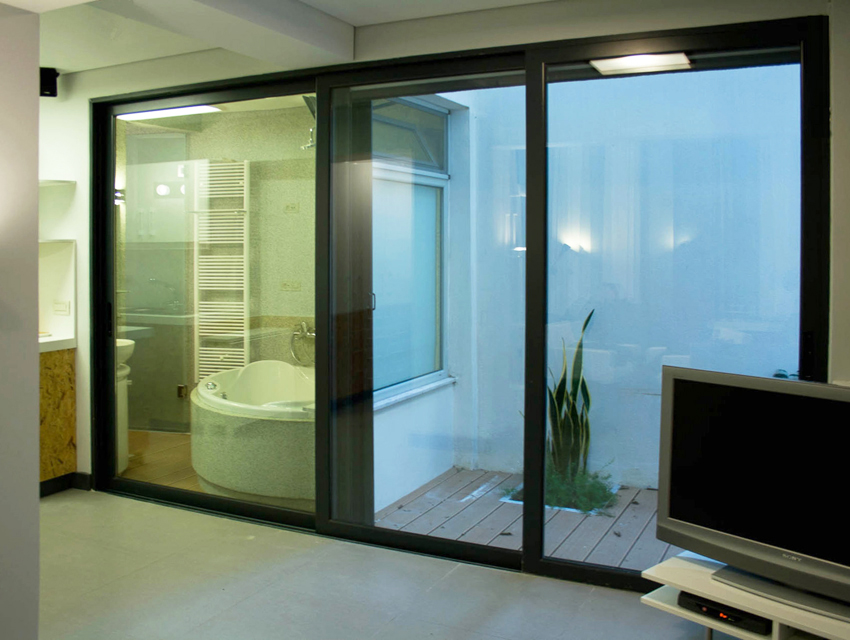 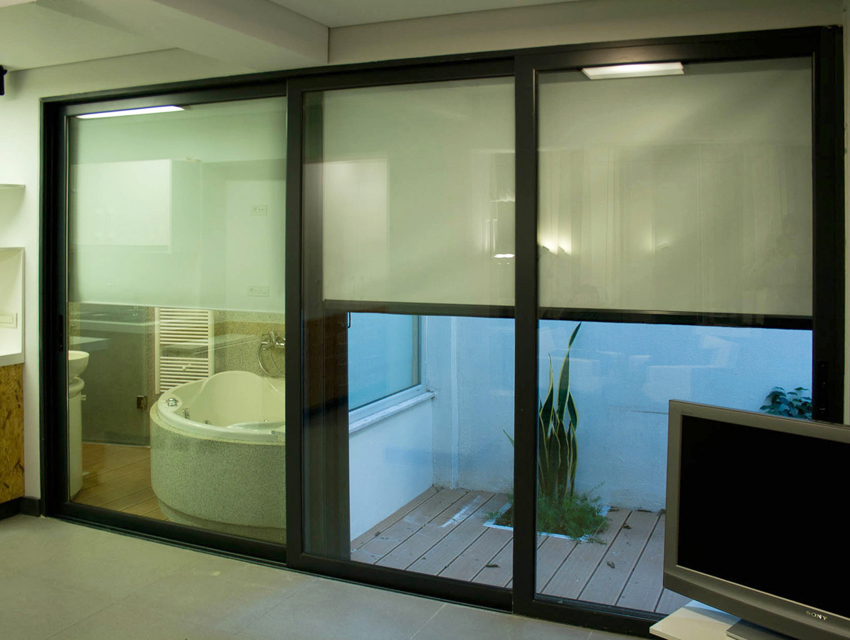 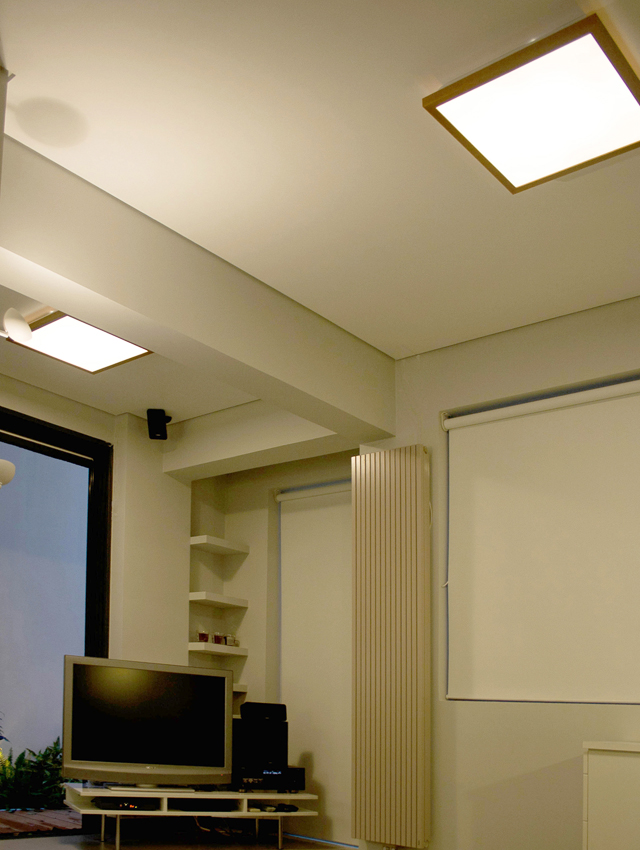 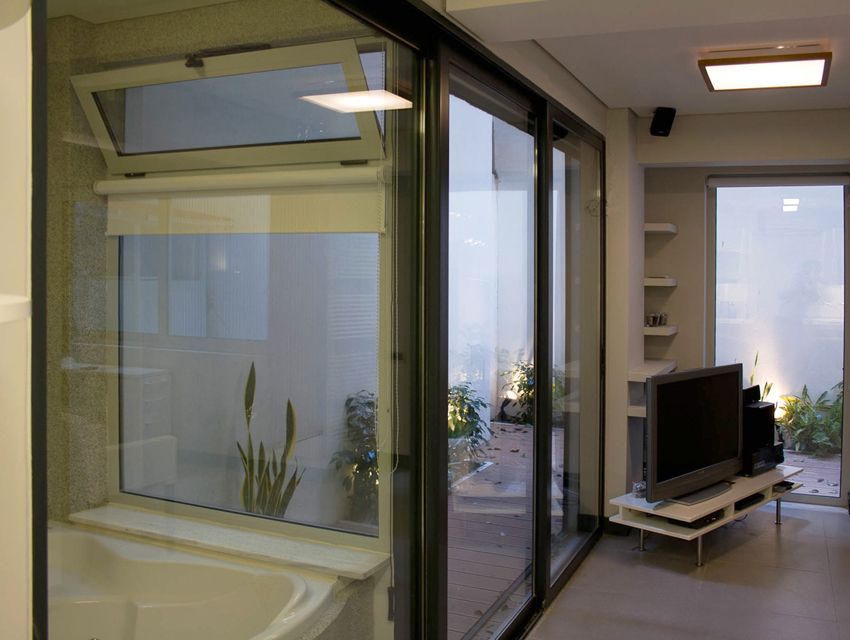 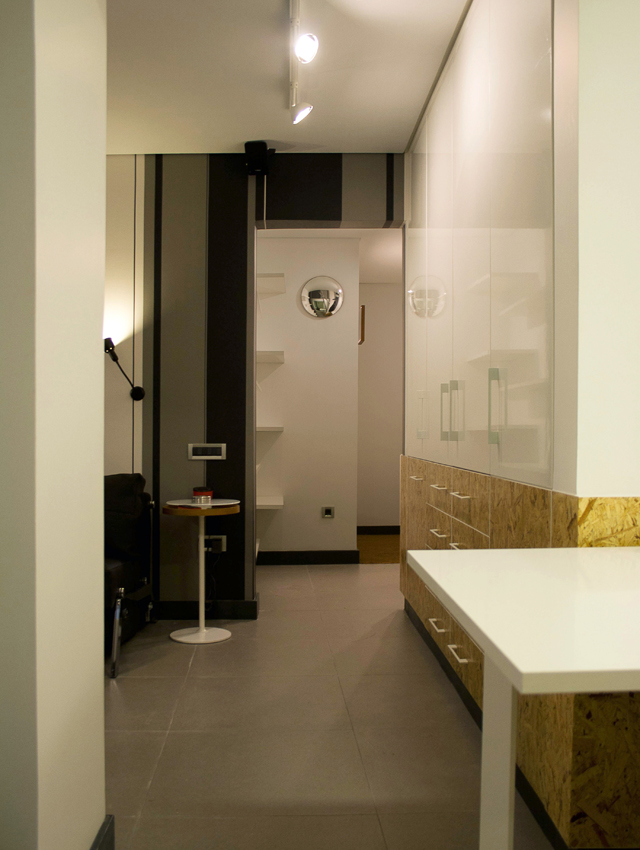 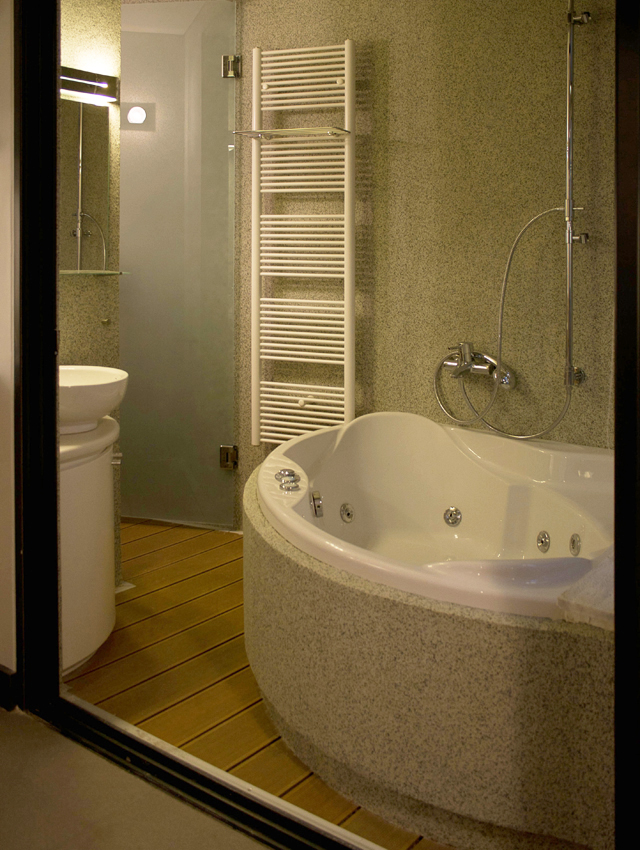 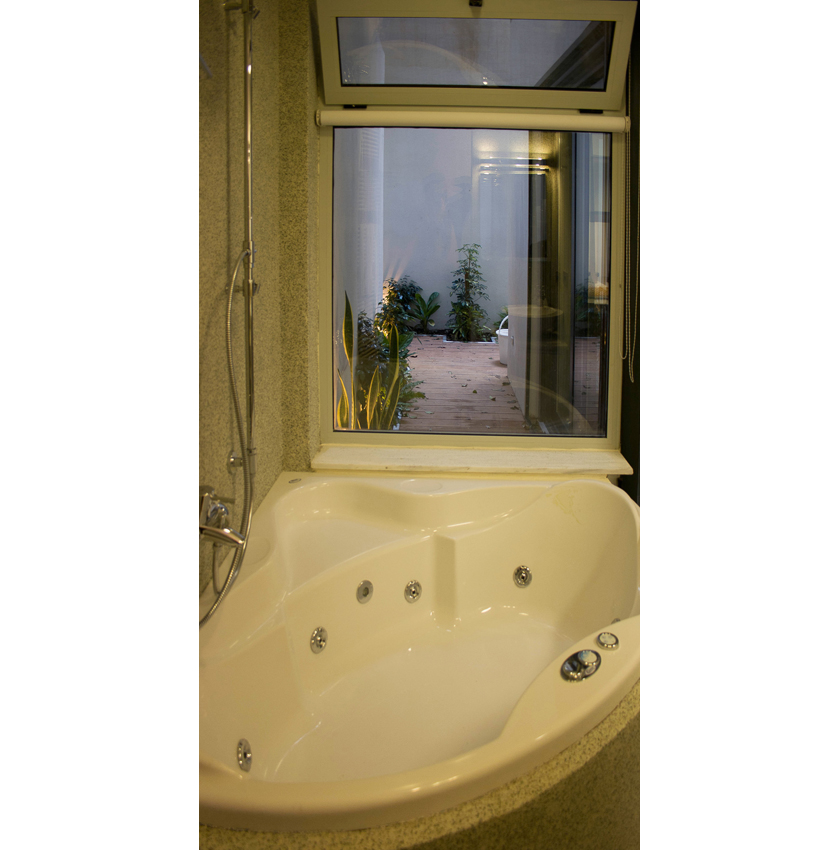