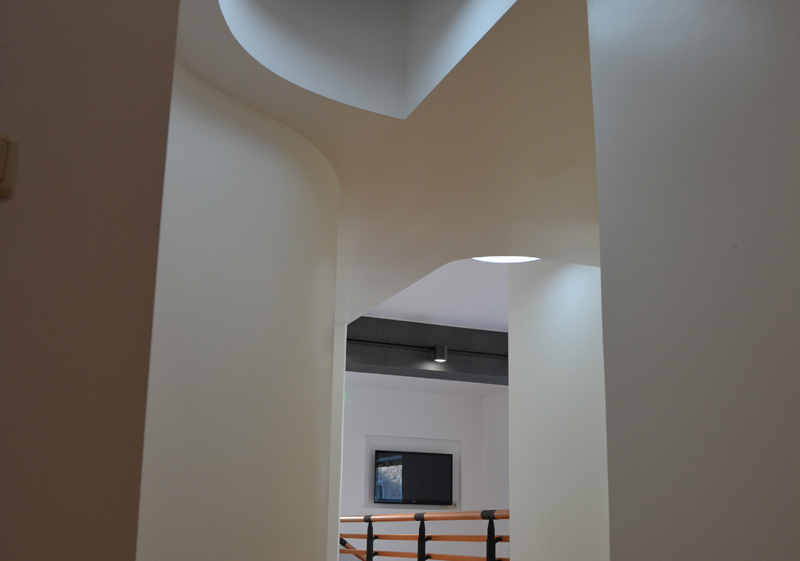 office space for a  company in the shipping industry 1, Piraeus – Athens

This project involved the layout of an office space for a company of automation systems for the shipping industry which was carried out in an existing industrial building with an already landscaped loft. There was a significant degree of difficulty in this undertaking, both because of the narrowness of the space (m2) in proportion to the required number of workstations and because of the designing demands of space due to the low height of the ground floor and the loft. (This was especially true with regard to the challenge of the illumination of the space). The optimum plan arrangement derived was such that the ground floor could host a reception desk, a desk for receiving products and six workstations, while the loft, could host a meeting room, a management office and an accounting office. The forms and materials opted for were inspired from the world of shipping and ship design (ie. curved forms, satin white surfaces and wood cladding and flooring). Particular emphasis was placed on the side wall of the accountant office facing over the ground floor. It is constructed of wooden frames and mirrored glass in order not to give the sensation of a compact wall, but, rather, of a permeability, and to also give the perception of a larger space. In addition, the construction of the L-shaped staircase has been a challenge in terms of construction and design. Wooden steps are projected from the existing stone wall while some are extended in order to form self-luminous shelves that are used as a counter display for office visitors and as a showcase for passersby. Solutions to the low ceiling have been given, on the one hand on the ground floor with ceiling recessions illuminated with hidden led strip lighting. In the niches created there is led recessed down-light. At the loft, the lighting issue has been solved using spots supported on the sides of the structural beams. The latter are painted with the same metallic color as the spots in order to give the impression that they are part of the spot lighting system. Where spots or recessed downlight were not possible, custom made lighting objects were constructed. Finally, with regard to chromatic range, the hues opted for were white, two tones of gray (light and dark), almond green and the tint given by the wood. 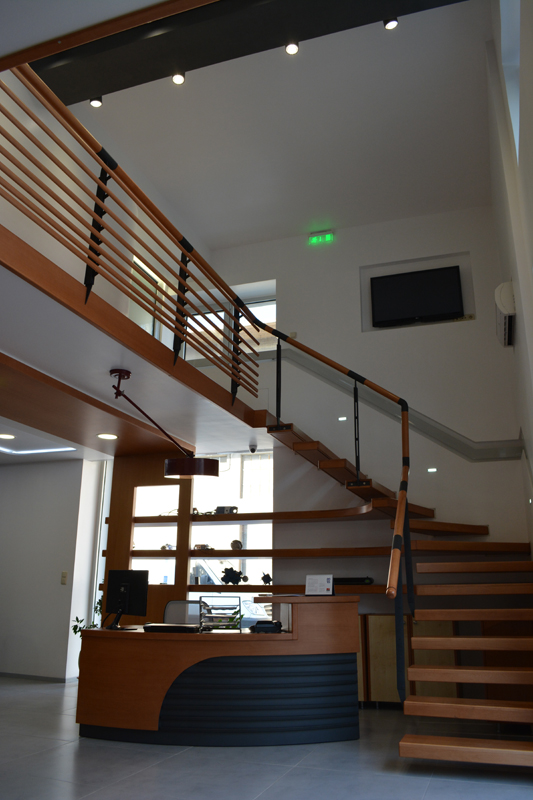 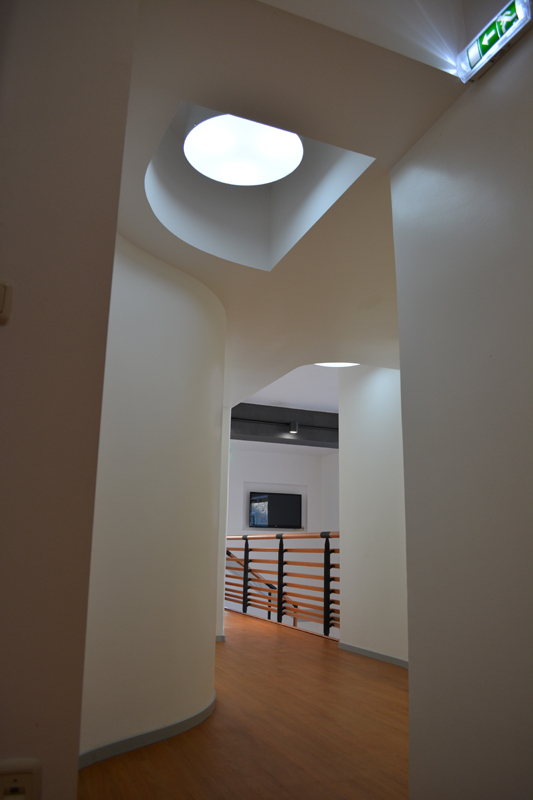 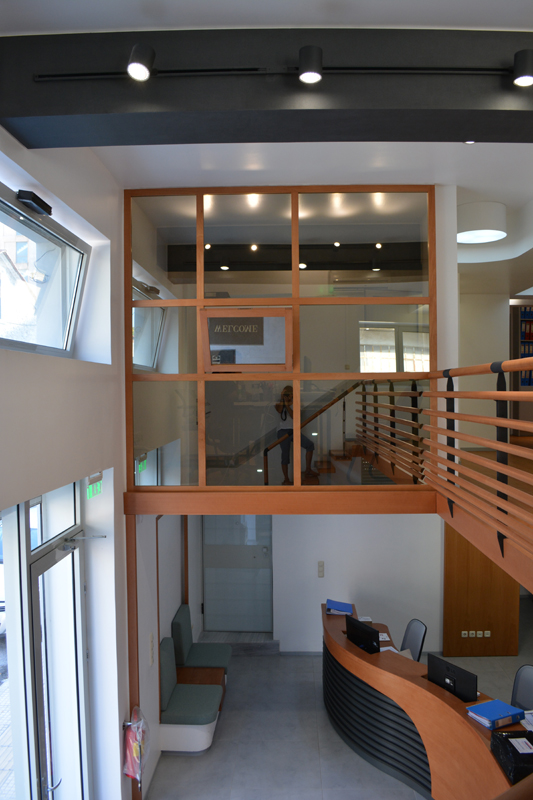 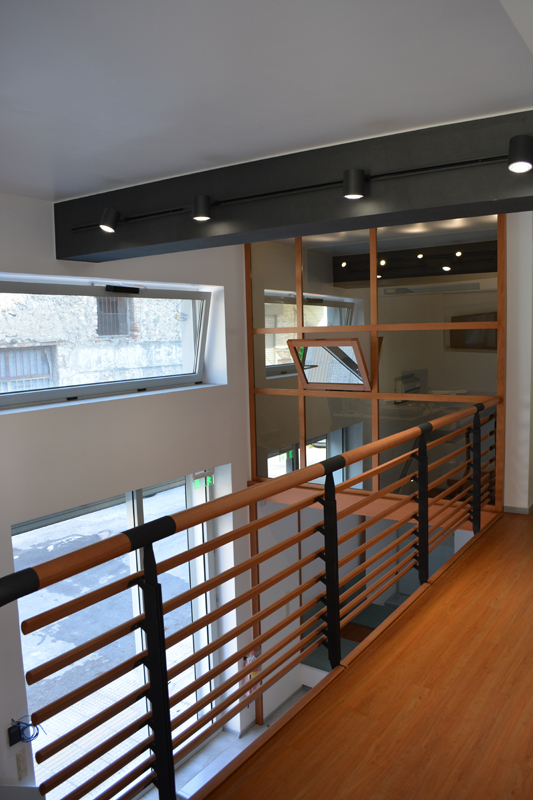 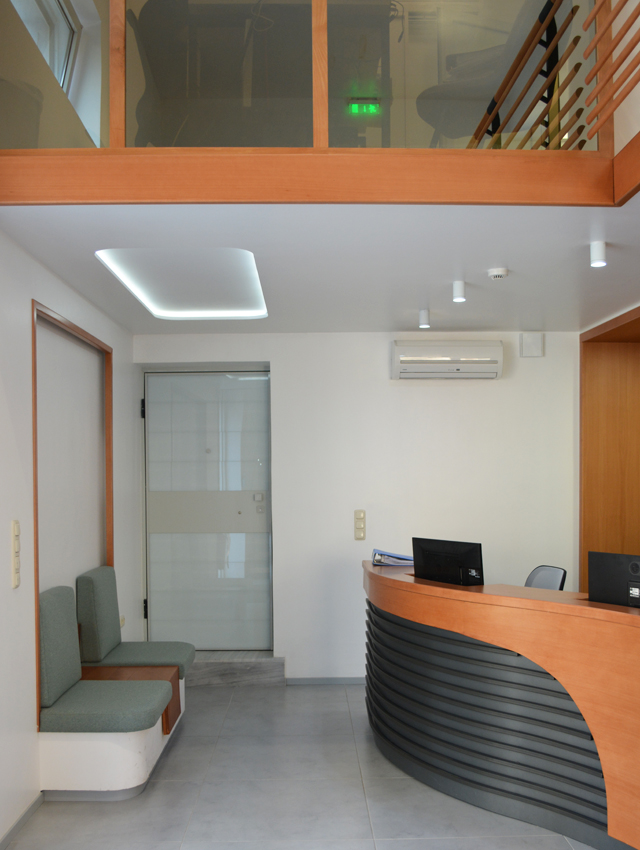 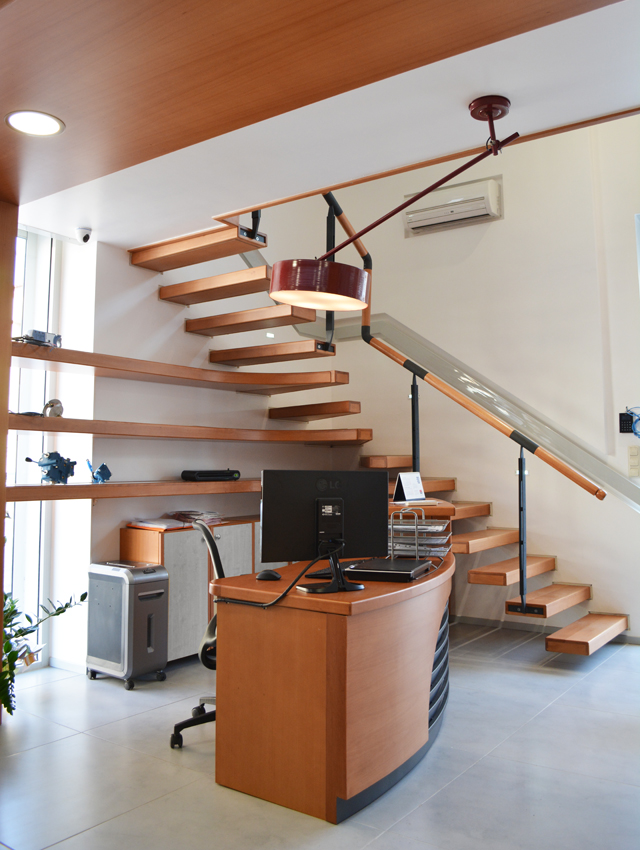 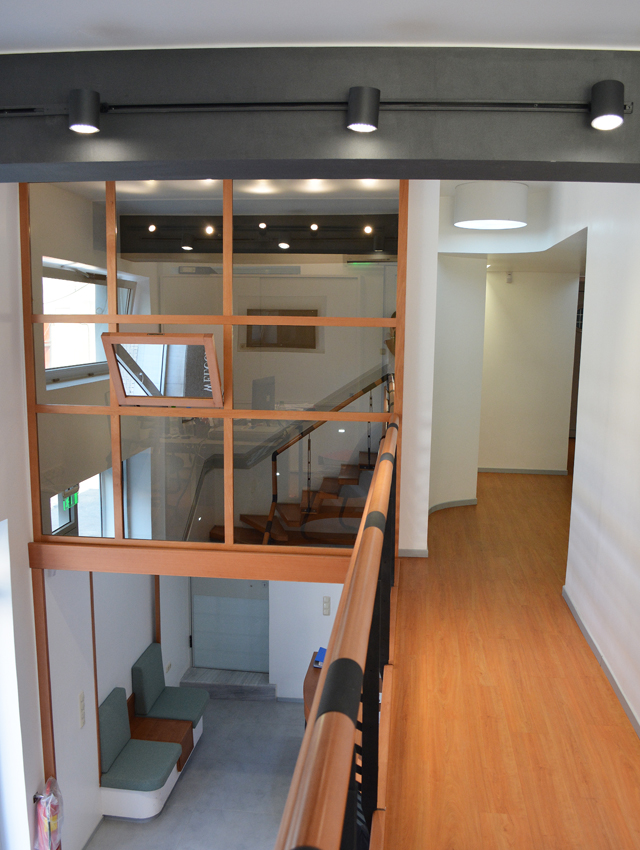 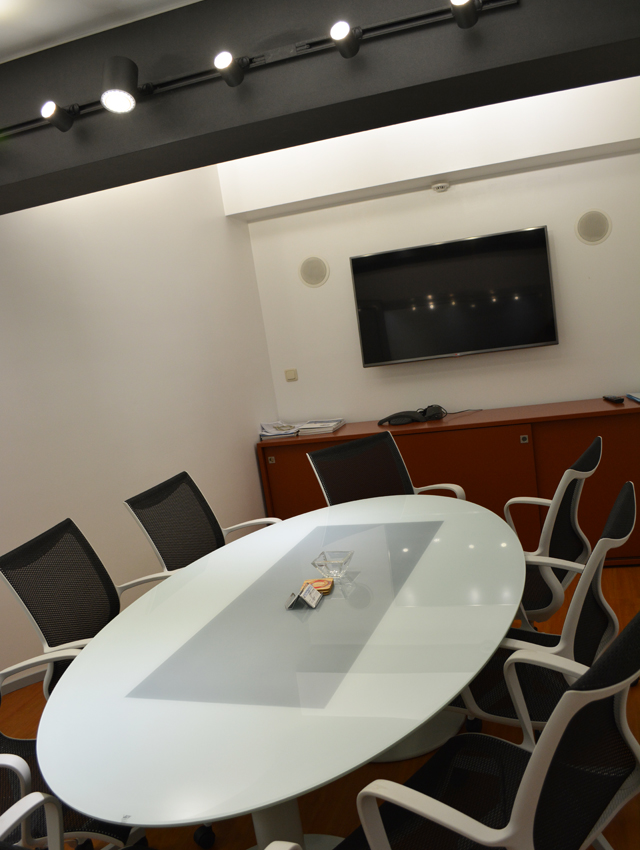